This is what's in my head….

The entirely fabulous Lorelei Erisis is many things to many people. She has been an activist, adventurer, writer, performer, actor, improviser, storyteller, politician, soda jerk, cage dancer, stage manager, a waitress, a punk, a goth, a club kid, a dandy and a bona-fide pageant queen.

Lorelei was born in Northampton, raised on Cape Cod and returned to Massachusetts by way of Chicago, Los Angeles and points along the way. Her family has long roots in Massachusetts. Her mother’s family were Irish Catholic immigrants, having mostly come here during the Potato Famine via Prince Edward Island and the mill towns around Lowell. Her father’s family were earlier Scotch Irish settlers and have been here long enough that part of UMass Amherst was built on what used to be their family farm. In fact, one of her direct ancestors served in the Revolutionary War from the first shots fired at Lexington to the very end. She is also, by a weird quirk of Yankee genealogy, a descendent on both sides of her family of 19th President Rutherford B. Hayes. It would seem that politics and social justice are in her blood.

She is proudly queer and trans.

She was also, much to her own surprise, the very first and still most famous Miss Trans New England (2009). For which accomplishment she has acquired a tiara, two crowns and three sashes that she keeps in a Kermit The Frog lunch box in case she starts to take herself too seriously.

For the past six years Lorelei has written a popular monthly advice and opinion column called, “Ask A Trans Woman” for The Rainbow Times newspaper. 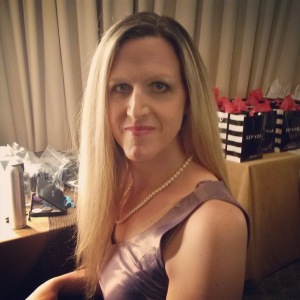 Prior to her life as a writer, speaker and activist pageant queen, she studied improvisational acting and sketch comedy at The Second City in Chicago and Los Angeles, performing in a great number of sketch and improv shows at their theatre in L.A.. While in Los Angeles, she directed and performed with perhaps the first, and still one of the only, all trans improv groups, “The Fully Functional Players”!

For the past several years she has often worked with the Massachusetts Transgender Political Coalition, Freedom Massachusetts and other organizations to help improve the lives of trans and gender variant people through advocacy, outreach and legislative protections. Together helping to pass historic civil rights legislation and raising awareness of trans issues both in Massachusetts and far beyond.

Additionally, Lorelei was a founding board member of the first fully 501c3 certified iteration of Noho Pride; she was the first trans woman to serve at that level in the history of the Northampton Pride organization.

On top of all this, for the past three years she has been the co-host and director of the show, “Tammy’s Twist” at The Broadway Comedy Club in NYC. The only trans produced, hosted, directed and focused comedy show in a mainstream comedy club in the country. Maybe the first of it’s kind ever.

Lorelei can be contacted directly at: loreleierisis@gmail.com
Follow Lorelei Erisis on Twitter: @erisis
Read her column at: therainbowtimesmass.com
Read her blog at: transprov.wordpress.com

11 thoughts on “About Lorelei Erisis”